Home > At Home With Your Teen > Setting Bedtimes and Curfews 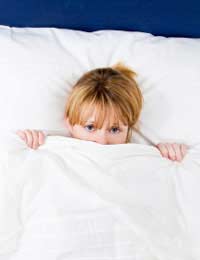 It’s never that easy to get children to have set bedtimes and stick to them, but things can get even trickier with teens! Here are some ideas on setting bedtimes and curfews.

The teenage years are renowned for being a time when young people begin to assert their independence, may be stroppy and more awkward and prepared to answer back. When it comes to having bedtimes and arranging curfews, it can be a tricky issue, especially with older teens. Although they will still need a decent amount of sleep, especially on school nights, they’ll typically be resisting going to bed or want to stay up longer to play computer games or on the Wii.

It’s of course fine to let your teens stay up longer sometimes, especially on weekends, if you’re doing anything special, it’s their birthday or another family celebration. But ideally it’s not so good to let later nights creep into becoming too habitual. Going to bed late can have an effect on their mental concentration and behaviour the next day, which in turn affects both school and college work and life with you at home. It’s no fun being faced with an irritable and grumpy teen, especially when you know that irritability is stemming from a late night.

If your children have had times when they’ve had to go to bed over the years, then the idea of having a bedtime as a teen shouldn’t be too much of a shock to them. However, as they’re older they will want to have some extra kudos or benefits and you may well have to negotiate on these as you work out when the optimum time to go to bed is.

It helps to get your teen to cooperate on this – working out a suitable bedtime together – and this may help with them being more likely to keep to it. Think about the things your teen may want to do in the evenings, such as homework, attending clubs or activities, watching TV, relaxing or using a Wii, then try and work out a realistic time for them to go to bed. Be prepared to negotiate on the time – for example, on a busier night, a later bedtime may be more practical, and be open to extending the bedtime or doing away with it completely on special occasions.

In contrast to bedtimes, curfews are usually used to set a time when a teen has to be back home after going out. This might not be quite so applicable to younger teens, but is likely to become a big issue for older teens, especially those who’d love to be staying out for ages!

Setting curfews is a good idea for everyone. For parents, it provides a set time when a teen should be home (and if they’re not, you can take action or worry) and for a teen, it allows them some flexibility to be out, but a deadline to meet when they should return home. Although your teen is likely to suggest that ‘no-one else has curfews’ and be resistant to the idea, the likelihood is that other peers do have curfews.

When you’re negotiating curfews with your teen, do try and do some in a non-confrontational way. Be open to their needs and requirements (within limits) and set realistic curfews that you’re both happy with. It may be worthwhile to offer the chance to increase the curfew if the existing curfew is met on a set number of occasions, or be prepared to extend the curfew on special occasions.