Home > Your Teen's Health > When Your Teen Has Acne

When Your Teen Has Acne 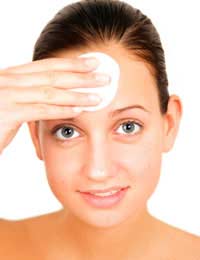 Teens and acne…unfortunately, the two just seem to go together. Almost all teens are going to suffer from acne at some point, be it to a greater or lesser degree. There’s nothing anyone can do to stop it occurring, it’s simply a part of the growing process. Although no one is certain as to the cause of acne, much of it is due to the oil in the skin during adolescence. Stress can also be a factor, so your teen’s acne could be worse at exam time.

Teens will get acne and worry about it, as generations of them have done in the past – you almost certainly did yourself. These days, of course, there are plenty of different treatments to help with acne – you only have to open a magazine aimed at teens, regardless of their sex, to see that – but while they can be very effective, there’s always more to it than that.

Parents can help teens with acne in both practical and emotional ways. It’s a difficult enough time for teens anyway, and they need all the support they can get.

The main thing teens want is to be rid of those spots and for them to stay away. You can actually help them long before the problem begins by emphasising how important it is to clean the face properly – which might be a real task with boys. But the cleaner they keep their skin, the less the chance of having a serious acne problem, and the faster spots will clear up. Show them the right way to do it, and be willing to buy them good cleansers. Again, you might have a problem with boys using them, at least until the first outbreak of acne, after which they’ll probably become converts.

Keep your eyes open for blackheads on your teen’s nose and forehead. These are the first signs of acne, and when you see them, you need to help them take action. The earlier you catch them with a benzoyl peroxide cleanser, the better.

Buy your teen a good over-the-counter benzoyl peroxide cream. In most mild cases of acne, this should clear the face up in just a few days. However, keep an eye on how much they’re using it. If they seem to show some side effects, such as a reddening of the skin, suggest they cut back on the treatment somewhat.

Educate your teen about acne, and the fact that popping pimples is a bad idea, however tempting it seems. Point out that they’ll actually make the problem worse, making the spots stand out and aggravating, not eliminating, them, although younger teens probably won’t listen at first.

Some teens will suffer more than others, and not respond to basic treatment. If yours is one of those, you need to make an appointment with your GP for him or her, and the doctor might, in serious cases, end up referring the teen to a dermatologist who will be able to help. That will be especially traumatic for a teen, so you’ll need to be available with encouragement and be willing to talk and support them.

Teens are very sensitive about their appearance. They see the slightest blemish as a mark that could ruin their lives. Don’t belittle that, but don’t play into it, either. When they want to talk, be willing to listen, but don’t make more of what just be a few spots than they really are.

Without nagging, encourage them to develop a regular daily routine for keeping their skin clean. Make sure they have everything necessary, but leave them the responsibility or remembering and doing it all.

In a very few cases, your teen might have lingering acne scars. There are treatments available to minimise the look of these – consult your GP to find out more.