What to do When Your Teen Wants to Leave School 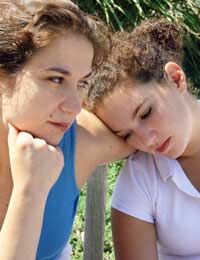 It's very common for teens to say they want to leave school as soon as possible - in other words, at the end of the school year when they turn 16. However, saying it and meaning it can be two completely different things. How do you decide which is real, and when your teen truly wants to leave, what do you do?

When is it Real?

After being at school from the age of five, or possibly even younger, by the time they turn 16 and are facing GCSE exams it's natural for even academic teens to feel as if they've had enough of education. They might be earning money from a Saturday job and have friends who are a bit older and working, and the lure of money in their pockets and freedom from homework can seem very attractive.

But when they do go on about leaving, do they mean it? Those who can obviously do well in A levels and with a university career ahead generally don't. It's a simple act of rebellion. For others, leaving seems the perfectly natural option. You need to sit down and talk to them to discover how deep the emotions run within them, as well as deciding what you're going to say. In some cases encouraging them to leave can be the best thing. In others, gentle persuasion to stay on is the right tactic.

Those Who Should Stay

Point out the advantages in staying where it seems reasonable, and how they'll end up doing something they'll enjoy as a job (don't emphasise that fact that it means two more years at school and another three or more at university!), with a greater choice, and the greater income they'll make in the long run. Point out that sixth-form colleges offer another, freer option. The more attractive you make it, the more likely they'll be to stay on.

We all naturally want our children to have better lives than we've had. But saying "You're staying on, and that's that!" is never a good move. Laying down the law might seem like the right thing, but with a volatile teen, all you'll often find is that they'll dig in their heels, and compromise becomes harder. Softly, softly should be the watchwords. Win them over gently and slowly instead. You know that in the end they'll thank you, but they can't see that yet.

For those who are less academically inclined, leaving school really is a good option. But that shouldn't necessarily mean jumping directly into a job. The simple truth is that with limited qualifications they're going to be stuck in low-paid jobs that offer very little future. For those teens, college offers an ideal option. In many cases they can combine it with work, study something that interests them - the range of courses available can be quite staggering - and come out with both work experience and a qualification to prepare them for the future. In today's world, those pieces of paper count for a lot, and by not encouraging your teen to go to college, you're doing them a disservice.

Apprenticeships are nowhere near as common today as they once were, but for some it does offer an alternative route, especially in the trades. They learn, and once again gain a qualification. For those who are inclined towards these kinds of jobs, they can make a huge long-term difference once they're journeymen.

Leaving After A Levels

University isn't the free proposition it once was, and the cost of a degree education can be a burden, either to parents or to students taking out loans. It will certainly discourage some, and there are many others who simply don't want to go on to university.

If you believe they could manage a degree, encourage it, and offer as much support and encouragement as possible. But with several A levels under their belts, teens can at least generally find jobs that pay a little more, and have opportunities for advancement. Often employers will even help pay for further education. You might not see it as an entirely satisfactory outcome, but at 18 they're adults, and you have to trust them to ultimately make their own decisions, be they right or wrong. Also, after working for a while, there's nothing to stop them applying to university - that's worth remembering.