Home > Your Teen's Social Life > How to Deal with Drug Taking 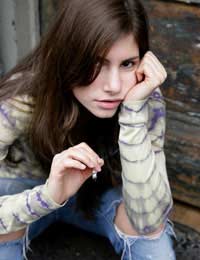 A number of teens do take drugs in Britain, and it’s true that the country does have a drug problem among its young, whether it’s using cannabis, sniffing glue or solvents, or taking pills of different kinds.

The good news is that it’s nowhere near as endemic as many of the tabloid papers would have you believe. The majority of kids don’t use drugs, and your teen might well be among them.

But if not, or even if you suspect not, it can be a nerve-wracking experience for parents. What do you do if your teen is taking drugs?

Are They Taking Drugs?

It can be difficult for parents to tell sometimes if their teens are using drugs. In many cases there are no immediate outward signs, and asking them isn’t usually going to bring an admission. They know drugs are illegal and bad, so they’re certainly not going to tell you.

However, it’s worth remembering that there’s a big difference between using drugs and being addicted to something. Even when teens try drugs, the number who go on to become regular users is small, and the percentage of addicts far tinier yet. However, that doesn’t make it easier for parents. You don’t want your kids even beginning to set foot on that road.

A lot try drugs because of peer pressure, others from low self-esteem or a sense of alienation, or simply because different heroes use them.

The signs of drug use can be similar to depression or moodiness, but if you find cigarette papers, pill bottles, foil, or anything that could be a homemade pipe around then you know your teen is using – and probably smoking pot. For other drugs, other than heroin, you might not see any paraphernalia.

The first thing is not to panic. You heart might be beating fast, but try not to worry. What you need to do is sit down and have a gentle conversation with your teen. If you know they’re using something, don’t rant and rave. Ask them why, what they get from it they can’t get from something else. Don’t feel as if you’ve failed as a parent; you haven’t.

Explain that it worries and upsets you, that it’s something you can’t understand and won’t be able to grasp (if you’ve used drugs in your younger years, as some parents will have done, this approach won’t work, of course – you’ll need to explain why you stopped and why you feel they’re not good). Never mind the illegality. Tell them you love them unreservedly, and you want to work with them to stop them using drugs.

If your teen really is addicted to something, then you need to act immediately. Talk to your GP and see what can be done about getting your teen into rehab to break the habit. It won’t be easy, for you or them, but in the long run the results will far outweigh the pain.

Talking To Your Teen About Drugs

Your teen might well be better informed about drugs than you are. But if you can stop them wanting to take drugs before they even begin, that’s the best course. Sit them down and talk about drugs and their effects. If you’ve used drugs yourself in the past, be wary of admitting it, as they might see it as permission to experiment – if it was good enough for you, it’s fine for them – even though the times and circumstances were different. Point out that it’s not just illegal drugs that are bad. What about all those energy drinks and tablets, and even the effects of prescription drugs. Make it a wide-ranging talk that covers all the bases. Encourage questions. If you don’t know the answers, find them and talk more.

Drugs can ruin lives. In most cases, they won’t, but if you can stop the possibility of it happening to your teen by talking and loving them, isn’t it worthwhile?